This is my first blog written by English, you know…..

Here is the wiki link, talks about what Kaggle is and what can we get.

B. Titanic: Machine Learning from Disaster

The Titanic Disaster is almost every fresh bird’s first lesson to unveil the Kaggle’s veil (Yes, “Unveil the veil”, I get it from google translation).

Basically, Titanic gives us an Excel called train.csv which contains passengers’ information such as name, sex, age and so on. The train.csv has an important column called Survived, which is our task to analysis the relationship between Survived and the other columns. And there is another file called test.csv, it’s columns almost as same as train.csv except it does not contain Survived. As participants, we should build a model from train.csv and use this model to predict each passenger which in the test.csv is alive or not. The more accurate you predict, the better grade you will get.

Just like Ch B I talk about, every competition has its own targets, we should know exactly what the purpose is.

Each train.csv contains lots of columns, some of them may very meaningful and the others may be just some smoke bomb (Do they know that’s mean?). The first step is find out which attribute actually affect the target such as Survived.

Take Titanic as an example, first, we load the data: 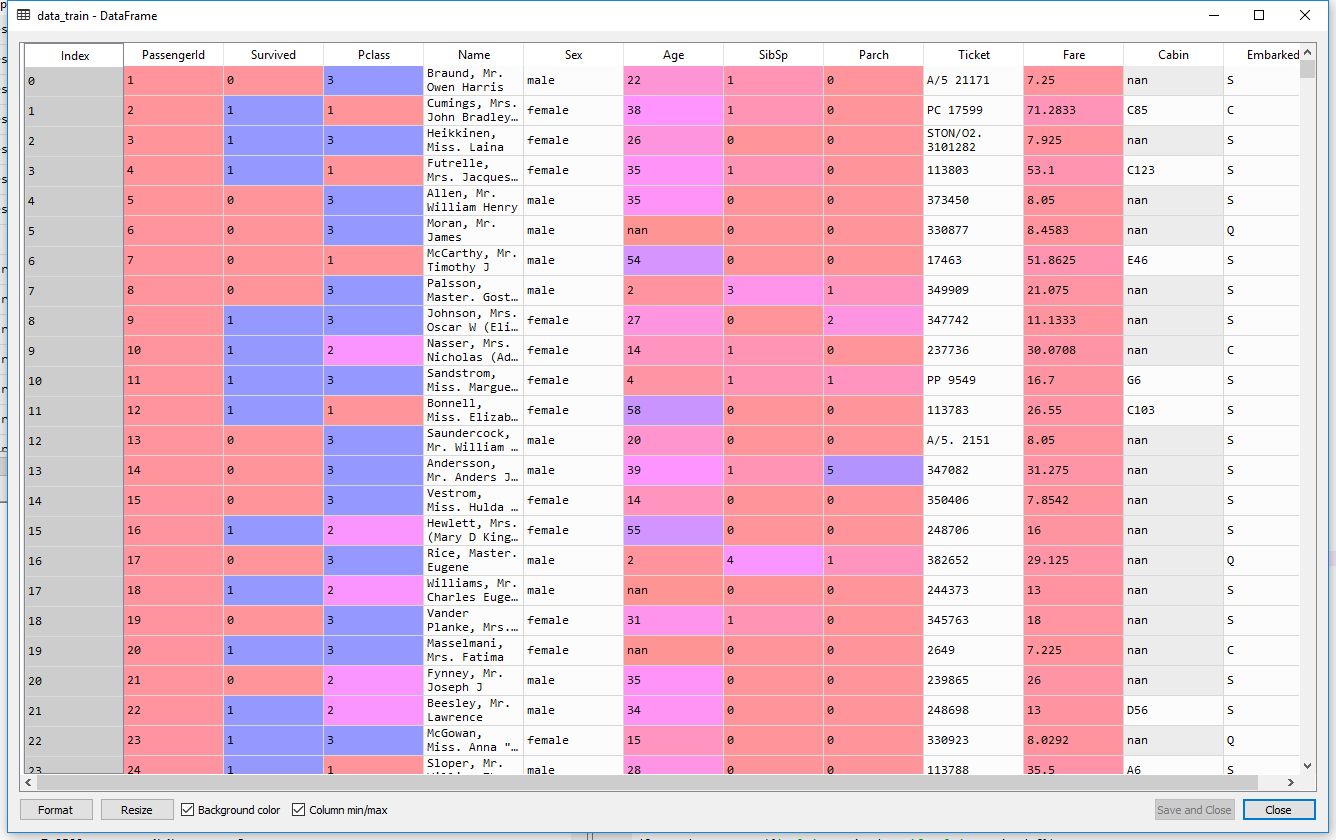 As you can see, there are lots of passengers and each passenger has many attributes, some of them’s Survived=0 means they were dead, on the contrary(I always use this phrase in my English writing), Survived=1 means they made alive.

For intuition, I believe the ticket class which means rich or poor, age and sex will strong affect survived rata. Let me check this. 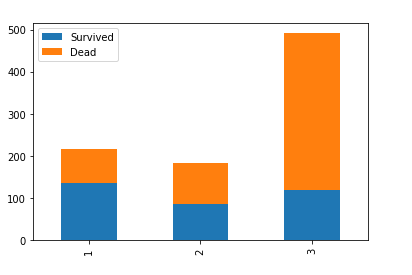 opps, the higher ticket class, the more chance for people to make alive. Wealth indeed is an important attribute.

Yes, women have more chance than men to make alive.

Above code shows older people live in higher class cabin which also means the relationship between age and wealth.

Again, Data Understanding is a very important step, my demo code is too simple to show how to figure out these relations, you can get a clearly instruction from An Interactive Data Science Tutorial.

Before build prediction model, we should rearrange our data. In fact, we may face many problems about the train.csv. Such as missing or the data type is string which most machine learning models in Python can not handle them very well. Here are some way to solve these problems

It’s most common to one-hot encode these “object” columns, since they can’t be plugged directly into most models. Pandas offers a convenient function called get_dummies to get one-hot encodings. Call it like this:

To see detail about this, can view Using Categorical Data with One Hot Encoding

After we have cleaned up data, we can choose one machine learning model to predict. I have just learned Decision Tree and Random Forest, and have heard the XGBoost is the leading model for working with standard tabular data XGBoost models dominate many Kaggle competitions.

So easy, isn’t it? The preds is our target which should produce an Excel file to submit to Kaggle.

No one can make it perfect at once, we should optimize again and again. The normal benchmark is called Mean Absolute Error (also called MAE).

The prediction error for each passenger is:

OK, this is the simplest way to go through one competition and the result must be awful, lol. There are lot of detail I have not mentioned or learned, like the powerful model XSBoost.

Anyway, this is my first blog about data science, hope it will be a good beginning.